Candle at the Pool

The shredzone is celebrating its 20th birthday today! 🎂

Actually, my personal homepage is much older. It had started some day around 1995, when I was learning HTML. My first website was just a bunch of hand-made static pages. They were published on the free webspace of my ISP.

In 1998 I recreated my homepage, and called it "shredzone" for the first time. It was still using static pages, but now they were generated by running some scripts on my Amiga (there is a separate article about that if you're interested). This new site got bigger and bigger, and at some point ran out of quota on my ISP's webspace.

On April 15th 2000, I moved my site to a professional web hosting provider. I also bought my very first domain shredzone.de on that day. Now, having content and also a dedicated domain, the shredzone was finally complete!

In the coming years, I was switching from Amiga to Linux, and I was learning a lot of JavaScript and PHP. In 2003, I redesigned the website from scratch again. It was now using a self-made Content Management System called Akiko. A cool feature of Akiko was that I could use different seasonal page templates. On Christmas there was snow and a snowman, while on Halloween the pages were decorated with pumpkins and a manga witch that I had drawn myself.

Some years later, blogs were getting popular. I quickly added a blog feature to Akiko, and was learning about writing my own weblog since then. I found out that this format was much more useful for me, much better than the tree-structured contents I had before.

Soon I had reached the limits of Akiko. Writing a new blog article was tedious, especially when pictures were involved, so I badly neglected my blog for a couple of months. It couldn't go on like that, and I decided to write my own open source blog system from scratch. It is called Cilla and is written in Java now. Just in time for the 10th birthday, it was finally ready for prime time. My new weblog had a sleek and modern design, with a random photo on the top of each page. And it was much easier to use. Some of the old contents were migrated to my new blog, while many other outdated (or embarassing 😅) stuff was just dumped. But still my very first blog record goes back to the beginning of Akiko in 2003.

I liked the new design. However, it was cluttered with all kind of extras that have been modern when the blog scene started (like a calender and a tag cloud). Also, mobile devices have gotten ubiquitous over the years, but the old design was not optimized for them and just looked ugly on a small display.

So, in 2018 there was another major redesign, the one you are seeing now. It still runs on Cilla, but everything unnecessary has been removed, and some other necessary stuff like the comments fell victim to GDPR. On the other hand, it has a responsive design now.

Looking back these 20 years, it was a very interesting time. I have learned a lot about the internet, about websites, programming, and blogging. Now I'm curious what the Shredzone is going to look like in 20 years. 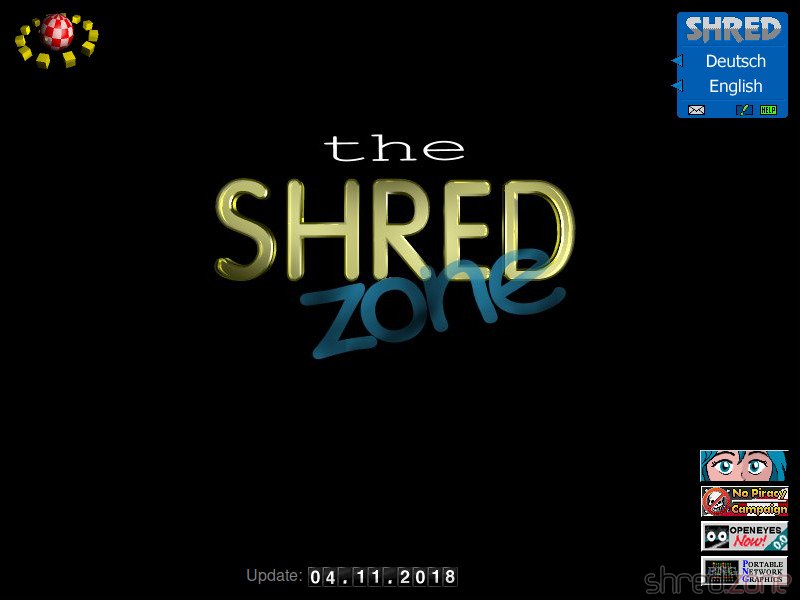