DS3231 RTC on Raspberry with Fedora 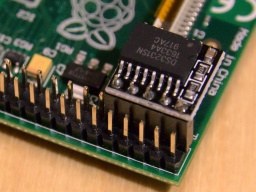